I’m tired of adults who write off the idealism of young people as ‘something you grow out of’.

I’m an optimist. I believe we can change the world.

As a kid growing up, the others in my baseball team called me ‘smiley’ (because of the grin constantly plastered across my face). And yes, I did the 40 Hour Famine too, eagerly counting up the money I raised, adamant that every cent was going to help a hungry child somewhere in the world.

Well now I’m all ‘grown up’. I even have a daughter of my own. And despite my work taking me to some of the poorest communities in this world – communities torn apart by conflict, trafficking, hunger and disaster – I still feel the same deep sense of enthusiasm and excitement at the difference we can make.

So don’t tell me ‘we can’t make a difference’ because it simply isn’t true… And boy have I got the story to prove it!

Re-wind to November 2009. World Vision is sending me to Nepal to film for the next 40 Hour Famine campaign.

I land in Kathmandu, head still spinning, no time to rest. Two light-aircraft flights later (each one more rickety and hair-raising than the last) and we’re deep into the mountains of the Far West of Nepal, the snow peaked Himalayas as our backdrop. This is Jumla, and it’s stunning.

As I retreat up the hill behind the guesthouse we’re staying in, I take in the view spread out beneath me. It finally strikes me. I’m really here.

I knew the poverty was bad in Jumla. Worse than I’d ever encountered before – 84% of children under the age of five were reportedly malnourished. But meeting the children ‘behind the statistics’ was something I was totally unprepared for.

The next day we travel out to meet Lalu and Sarita in a neighbouring village. Their fragile lives encapsulated the web of both tragic and complex factors that so often entangle the poor.

Lalu is seven. His father was killed in the brutal civil war that ravaged this part of Nepal from 1996 to 2006, forcing his widowed mother to move away and re-marry without Lalu. His grandfather and now primary caregiver, a stoic old gentleman with a well worn face, shows me his desolate fields that had been burnt off by drought and then eroded by the late monsoon rains. Back home, he opens the one bag of grain they have to survive off during the ‘hungry months’, when the heavy snowfall makes it impossible to go outside. He confides in us his deepest concern, that he has no idea who would care for Lalu once he passed away, which he fears will be soon.

Sarita is ten. Her source of greatest struggle is easy to identify. Sarita is a girl. This means she stays at home to clean and fetch the water, whilst her five brothers go to school. Her father is a migrant worker in India who has fallen desperately ill, and Sarita’s family, without land or a house of their own, are living seven people in a room that is really only the covered-in space between two other dwellings.

It’s incredible the journey life takes you on. Today my wife and I have been living and working in Nepal for more than two years as aid and development workers.

The day I stepped foot back in Nepal, I knew I had to try and track down Lalu and Sarita to see if they were ok. But would they still be there? Did they survive the ‘hungry season’?

When the season was right and the weather clear, I went back on the same rickety old Russian twin-propeller back into the mountains, back to Jumla.

As an aid worker or someone who gives generously to charity, the greatest question is always the same, “Does it really work?”

Well here’s what happened when I was reunited with Lalu and Sarita.

It was truly a sweet reunion to see their smiling faces and take in the vast improvements across their village. Taps installed, new classrooms, a government hydropower system electrifying the village, and both families in new homes of their own.

It was a remarkable day, and once again, you couldn’t wipe the smile off my face.

But as we were preparing to leave, drums, timbrals and horns sounded out a procession coming. Still smiling, with a spring in my step I took off to see what the celebration was for, and that’s when I saw her, a young girl perhaps fifteen or sixteen leaving her parent’s house for the last time. She was on her way to be married.

Whilst change is happening throughout the communities World Vision works in, for many it can’t come soon enough.

Whilst we celebrate forty years of the 40 Hour Famine, we can’t afford to let up now, not whilst there’s still a single child in need of our help.

So let us look back with pride and satisfaction, and may it fan the flame for the next forty years to come. I’ll still be hungry for justice. Will you?

This blog was published in collaboration with The Purpose Collective. 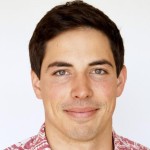